By Alesia Stanford For Dailymail.Com

‘Here comes pink giving blue a run for its money as our official favorite color,’ it was written in the caption. 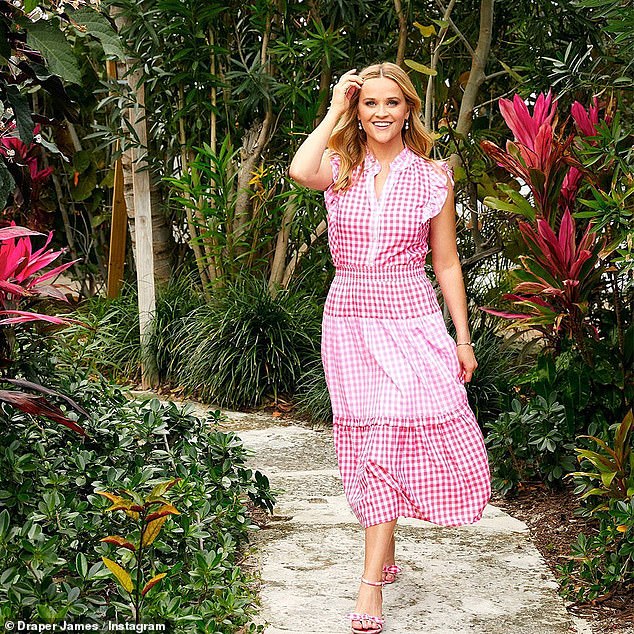 Pretty in pink: Reese Witherspoon may have launched an Instagram debate after modeling this dress and posting, ‘Here comes pink giving blue a run for its money as our official favorite color’

In a separate post, the Walk the Line star showed off her toned legs in a laid back shot wearing a lavender and green plaid frock designed to look sexy, but sweet.

In addition to the pink pieces, the Spring line focuses on rival blue, as well as yellow, lavender, green and red.

The collection, available online and at Kohl’s department stores, featured ready-to-wear garments that include looks for any body shape. 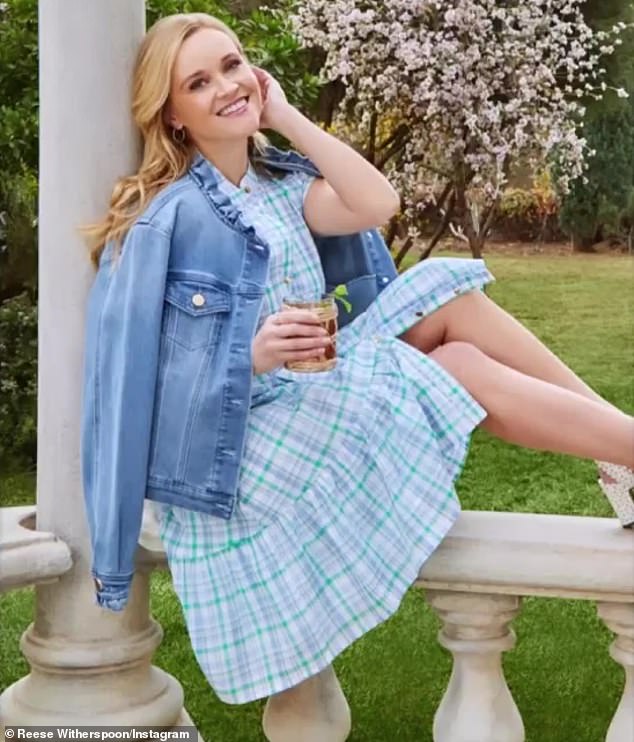 Sweet and Sexy: Witherspoon showed a little leg as she models a pastel lavender and green gingham frock on Thursday

On the Kohl’s website, a message from the Oscar winner reads, ‘I hope this collection makes you feel confident, pretty and put together.’

The moderately priced pieces sell for less than $100.

She shared on Tuesday: ‘We are SOOO excited to introduce Draper James RSVP, a special collection we created exclusively for Kohl’s. RSVP was inspired by the idea of a garden party and the confidence that comes with finding the *perfect* thing to wear.’ 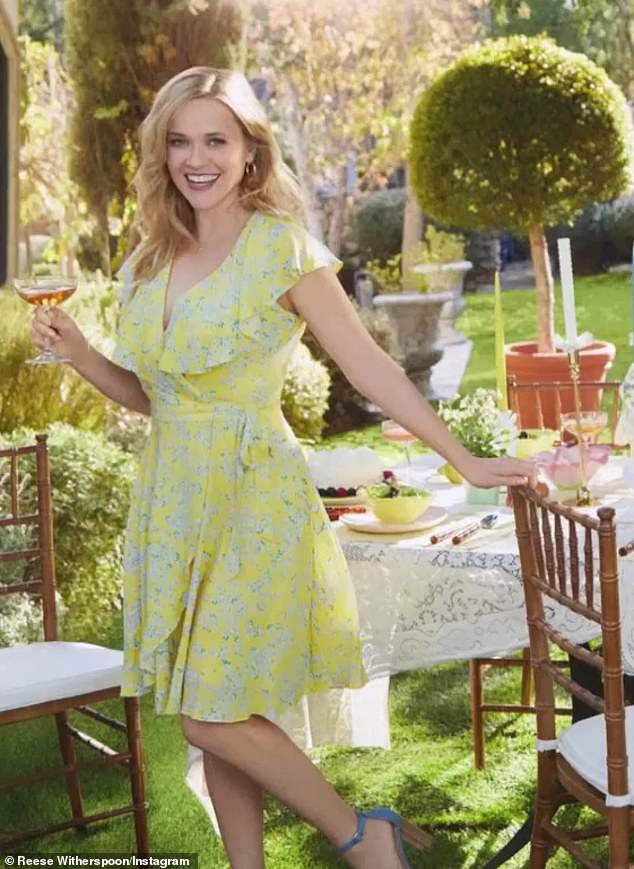 The Tennessee native launched the collection in 2015 to pay tribute to her southern roots.

The fashion icon contended the current collection is just right for lunch, brunch or a date-night.

Looks include pastels in florals and  plaids, flutter sleeves and shirt dresses that allow the wearer to show just enough leg to arouse curiosity.

Prayers:  Reese Witherspoon joined celebrities around the world in prayers for peach after the Russian invasion of Ukraine

On a more serious note, the actress joined dozens of other celebrities around the world in expressing support for the people of Ukraine.  The country has been invaded by Russian forces after months of troop buildup on and around the two countries’ shared border.

Besides contributing to her most recent fashion collection, the mother of three is keeping her fingers in several pies.

Fans can see her on the small screen as journalist Bradley Jackson on The Morning Show and in the animated Sing 2. 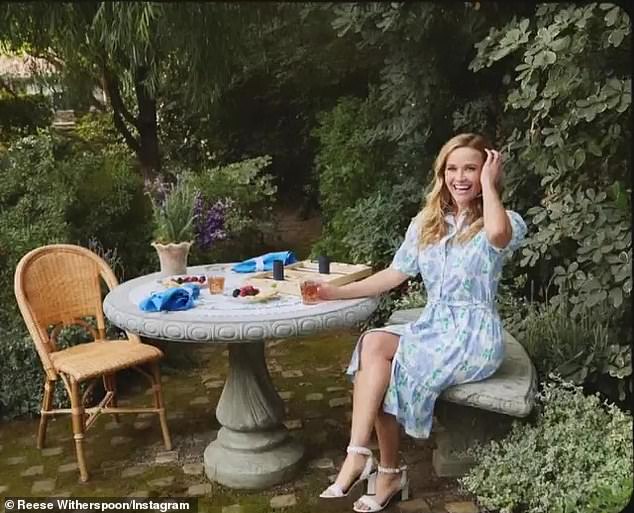 Tea for two?: The Walk the Line actress dons a shirt dress featuring a lavender and green floral print from her Draper James collection

The movie maven is busy working on several films. She will reprise her role as Elle Woods in Legally Blonde 3.

The Little Fires Everywhere star will serve as a producer on the upcoming Where the Crawdads Sing, based on the best-selling novel by Delia Owens.

The film is a murder mystery set in the South starring Harris Dickerson, Daisy Edgar-Jones and Emmy winner David Straithairn. 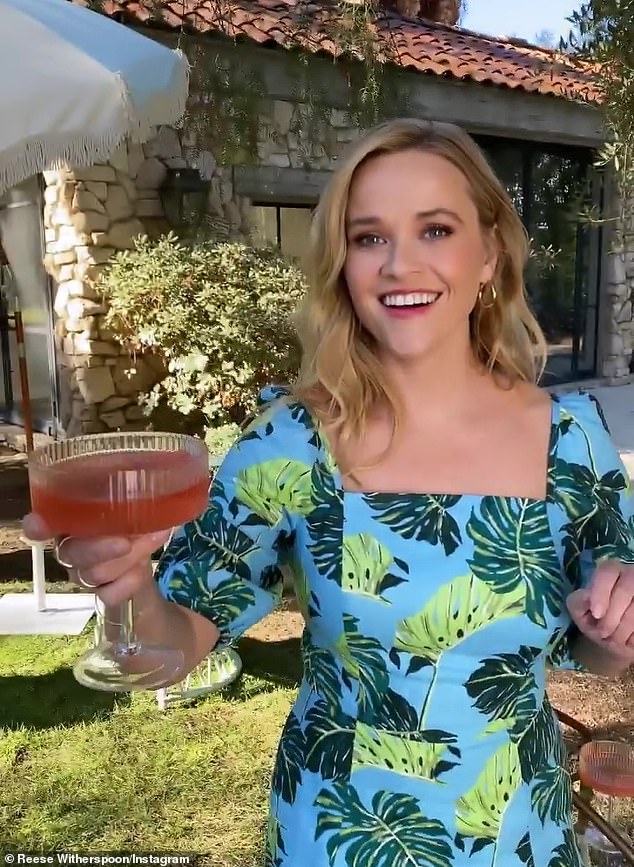 Cheers: Witherspoon is staying busy. Besides launching her Spring line, the actress has several films in the pipeline

Chemists Are Figuring Out How to Recycle Our Outfits